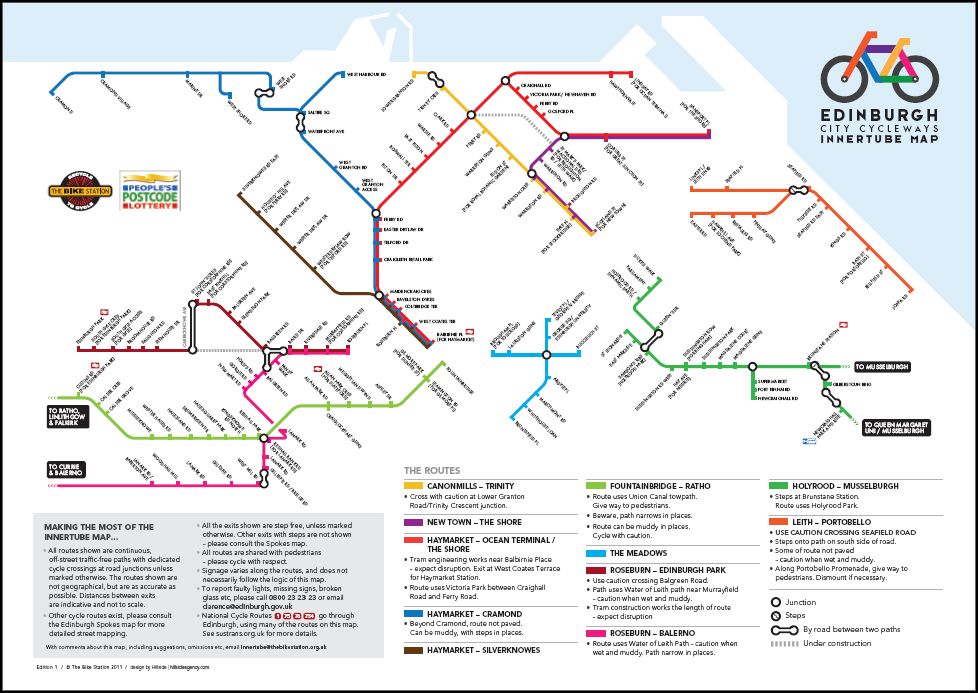 A map entailing disused rail lines and canal towpaths has been recently released for use by the cyclists and pedestrians of Edinburgh, Scotland. The “Inner Tube” map was developed by a cycling and recycling charity in Scotland called The Bike Station. The map (seen above) will enable Edinburgh’s citizens to maneuver around the capital in an efficient manner while meeting a much needed demand. Plans for the future are also being put in place such that the routes would be made more bike-friendly. One of the awesome aspects of this network is that it will have the capacity to have pictures of parts of the route uploaded onto the internet and its images geo-tagged. This level of interaction will help create interest in the project as well as aid in creating awareness, in addition to dealing with any problems that may arise. To read more about future plans and awards granted to the Inner Tube click here.